The Ministry of Labour, Social and Family Protection had today a meeting with representatives of civil society, members of the Gender Equality Platform.

The two sides discussed about the process of finalizing and promoting the draft law on amending and supplementing certain legislative acts, in order to prevent and combat violence against women and domestic violence and ratification of the Istanbul Convention.

On the other side, Valentina Bodrug, President of the Gender Equality Platform, said: “The civil society will participate in the promotion of draft laws on preventing and combating violence, and the only way to streamline the plea is ensured by the efforts of the central government, the development partners and civil society “. The members of the Gender Equality Platform sustain a systemic approach, discussing the differences of opinion, reviewing formulations and organizing thematic meetings with all stakeholders who are involved in promoting the legal texts concerned. 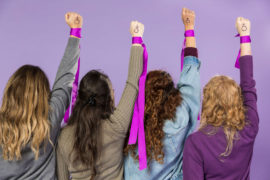