According to the report, the highest costs to mitigate violence cases are invested in the health sector, in particular for hospital treatment of victims, and in contrast, the lowest expenditures are in the social sector. About 87% of the costs are provided for placement services and food. Remain severely underfunded specialized services such as psychological counseling, legal counseling and childcare.

During the event, State Secretary of the Ministry of Labour, Social Protection and Family, Anatol Polenta reiterated the importance of this report as very useful resource in policymaking, particularly in the planning of budgetary expenditures devoted to prevent and combat domestic violence.

“Ministry of Labour, Social Protection and Family is developing the national strategy to prevent and combat violence against women and domestic violence, and this report will contribute to better estimate the expenditures related to the implementation of planned activities, and better anticipate the substantiated financial resources, “said Mr. Polenta.

However, the report notes that private financial investment covers a large part of the services that are not available or only partially available in the public sector. Thus, 60% of social services for victims are provided by civil society organizations.

Angelina Zaporojan-Pârgari, President of the Law Center of Women, said that this report is the first exercise of its kind in Moldova, bringing together all sectors and make a cost estimate for all services in the field of domestic violence and violence against women, also being the first of its kind in Southeast Europe.

“We hope that the findings from the report indicate the need for a paradigm shift in the allocation of resources to prevent cases of domestic violence and its recommendations will bring Moldova closer to the time of ratification of the European Convention on Preventing and Combating Violence against Women and Domestic Violence. We want the efforts of government sectors and civil society to result in sustainable financing of services of better quality, accessible in all regions and focused on the needs of victims and survivors of violence”, concluded Zaporojan-Pârgari.

We note that the report comes with data that demonstrate economic impact and social impact of domestic violence, and cost analysis presented today can contribute to more efficient use of existing resources and involving greater responsibility from state and non-state actors to end the phenomenon violence in Moldova.

The report, the first of its kind in Moldova, was developed during July 2015 – July 2016 by the Law Centre for Women at the request of United Nations Entity for Gender Equality and the Empowerment of Women (UN Women Moldova) in collaboration with the Office of the World Health Organization in Moldova and in partnership with the Ministry of Labour, Social Protection and Family, and it assesses three public sectors: social protection, health and justice. 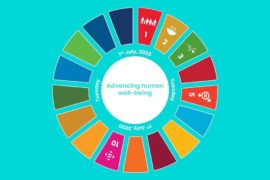 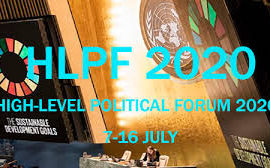